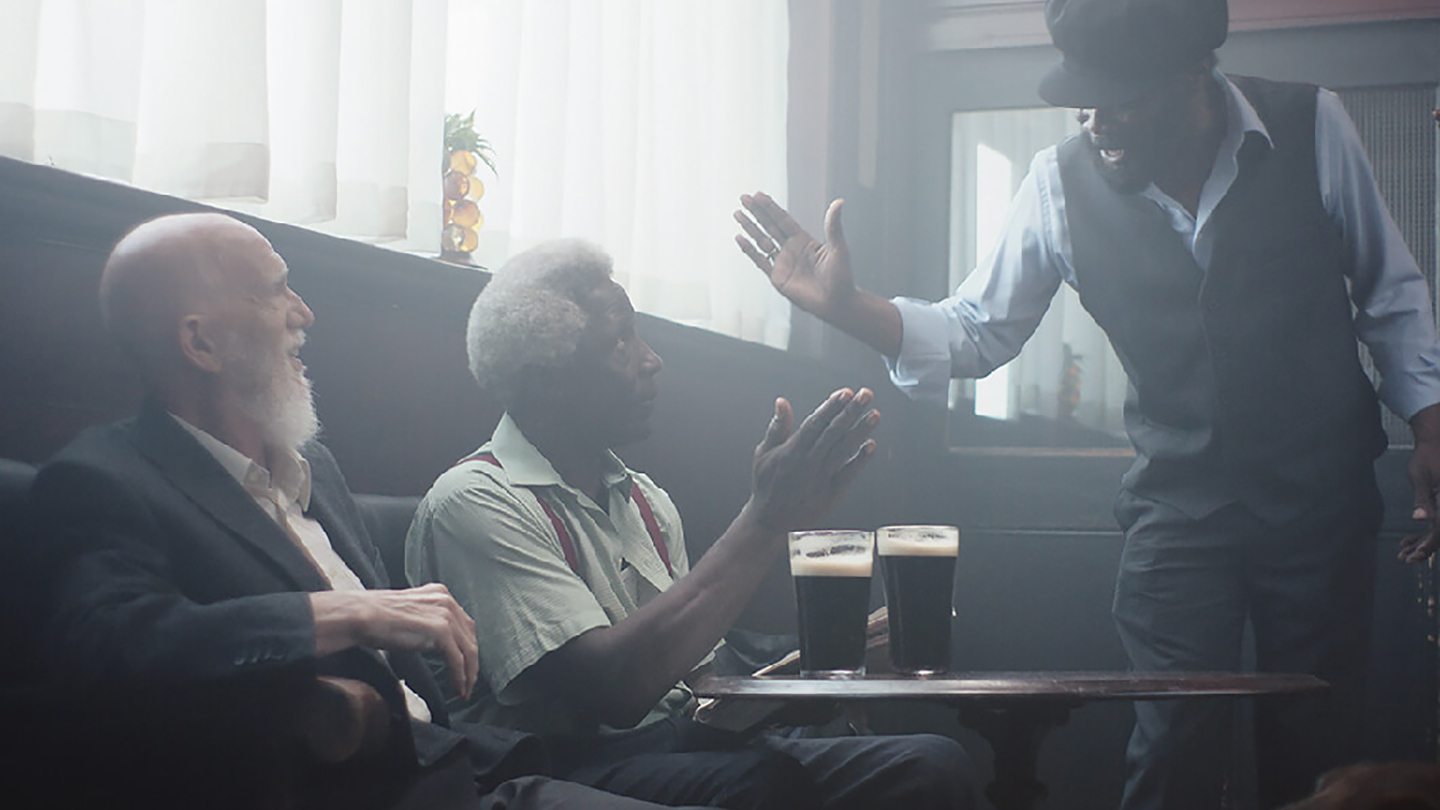 #LongLiveTheLocal
Celebrating the important role pubs play in our local communities, our culture and our national identity. 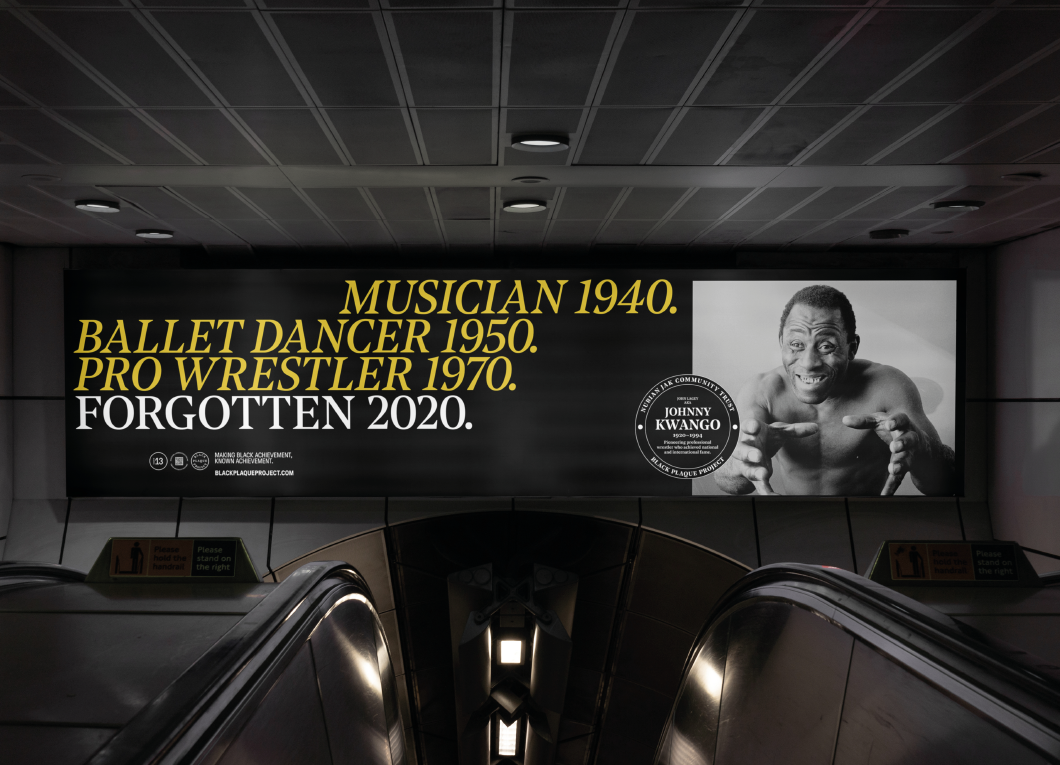 Just 1.6% of London's famous blue plaques are dedicated to Black people. The Black Plaque Project is a new initiative, in partnership with Nubian Jak Community Trust, commemorating the rich, diverse contributions of Black people throughout history. 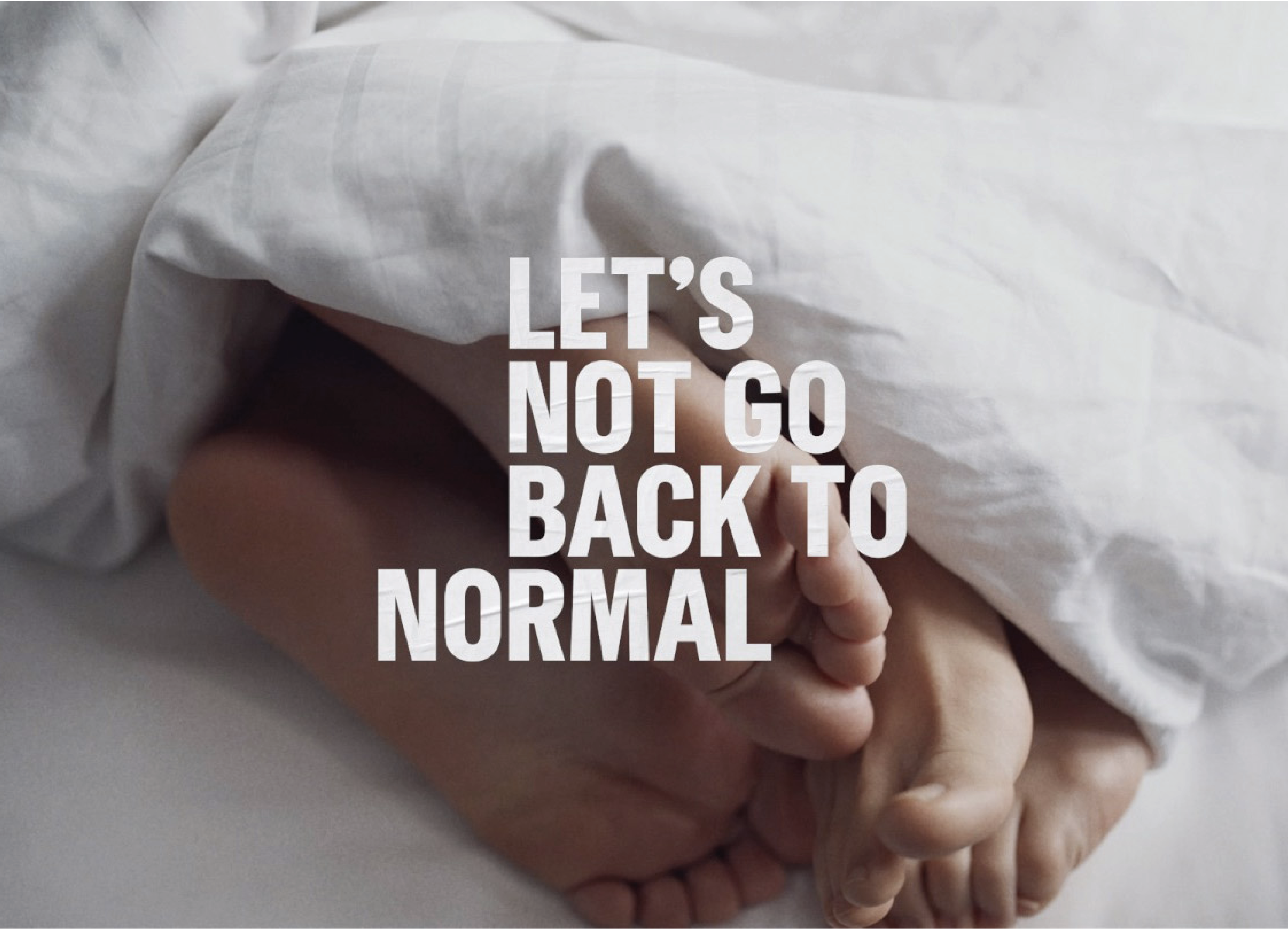 Lets Not Go Back to Normal

As countries around the world eased lockdown restrictions and people began to look toward some semblance of normality, together with Durex we encouraged people not to go back to normal – because normal wasn’t good enough.

Sport England is committed to building a nation where everyone, everywhere feels able to get active in a way that’s right for them. After a series of national lockdowns, caused by COVID-19, we needed to inspire the nation to get back to the sport and physical activities they love, regardless of age, background or ability. #ReadyToPlay is the first film in our series that will encourage people back to sport and physical activity, as part of Sport England’s #ReturnToPlay campaign. 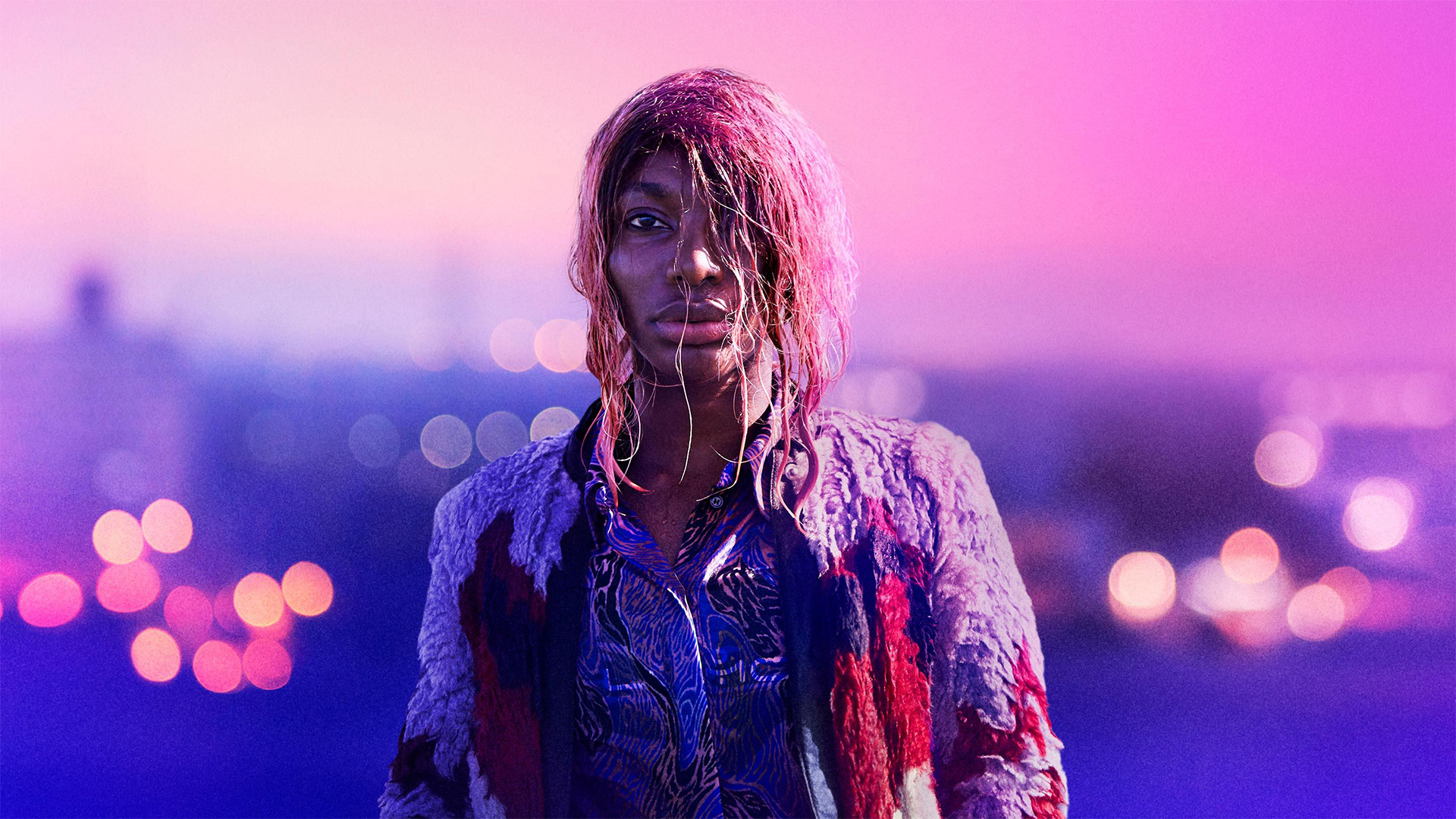 I may destroy you

The BBC has a problem. The nation’s youth (under-35s) is departing in droves; its weekly reach has fallen 11% in the past two years. Perceived to be out of touch and increasingly out of mind, In ‘I May Destroy You’ (IMDY), we had the makings of a golden ticket to address topics of sexual consent in a way that really mattered to u35s. CONNECTION: We partnered with The Face & gal dem to shape an authentic conversation around the culture and passions of our audience. CONTEXT: Built to coincide with Sexual Health Awareness week, our digital zine 'The Ins and Outs of Consent’, explored the topic of consent from multiple perspectives and served as an important digital resource for U35’s. CONTENT: The Zine featured an A-Z of consent and detailed seven ‘chapters’ that covered topics such as gender identity. The whole zine was interlaced with evocative video clips and pictures from the show, as well as expert voices. 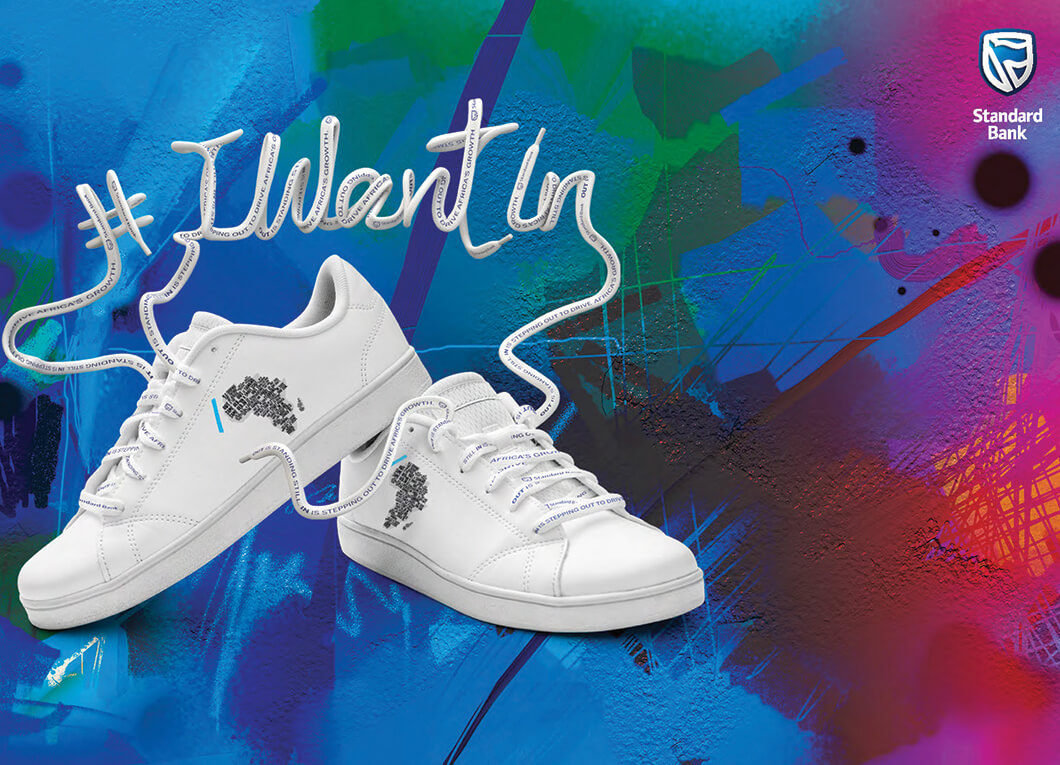 Stepping Out For Africa

Standard Bank is Africa’s bank. Its purpose is to drive her growth. But while a role that benefits your community, your country and your continent appeals to Africa’s GenZ, banking isn’t the sector in which they think they can do it. To counter those perceptions and attract those who hadn't even considered a career in banking, we teamed up with an ethical sneaker brand and urged people to step forward and share what they want from a career and what they don’t. The campaign ran for four-months, across Africa and generated more graduate programme applications (and diversity of applications) than ever before. 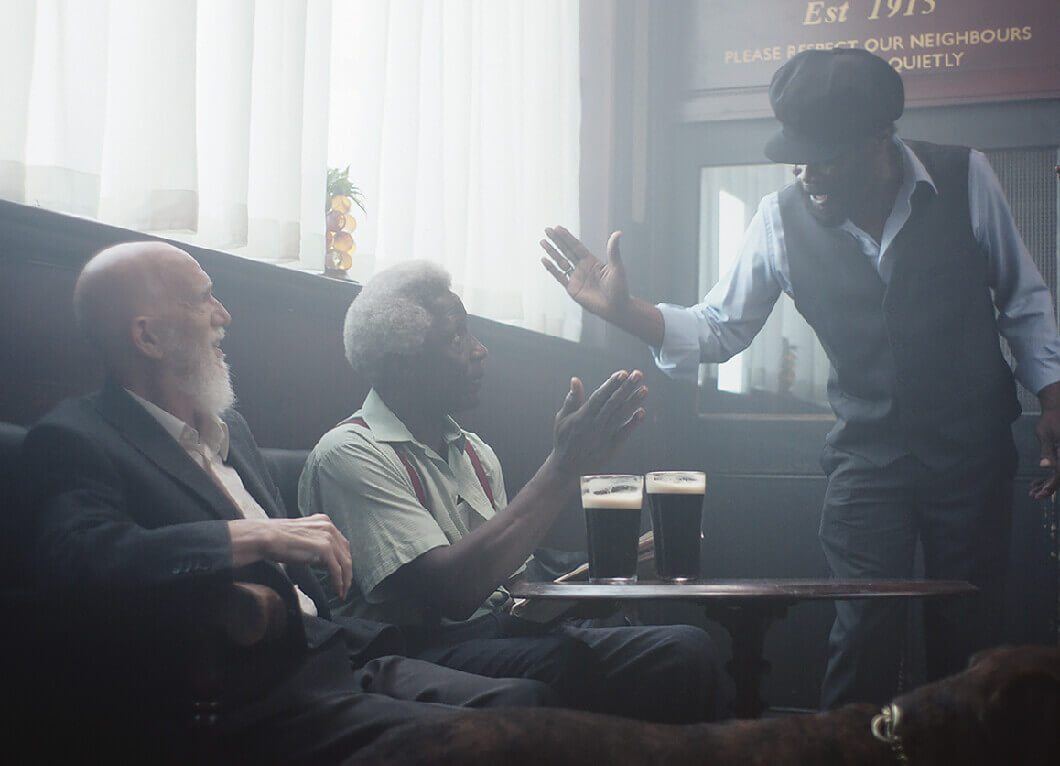 Every day, three pubs in the UK close their doors for good – in part due to cripplingly high beer tax, three times higher than the EU average. Long Live the Local celebrates the important role pubs play in our local communities, our culture and our national identity. In 2018, the campaign called upon the Government to cut planned increases in beer duty and the result – a Government volte-face – speaks for itself. This round is on us. 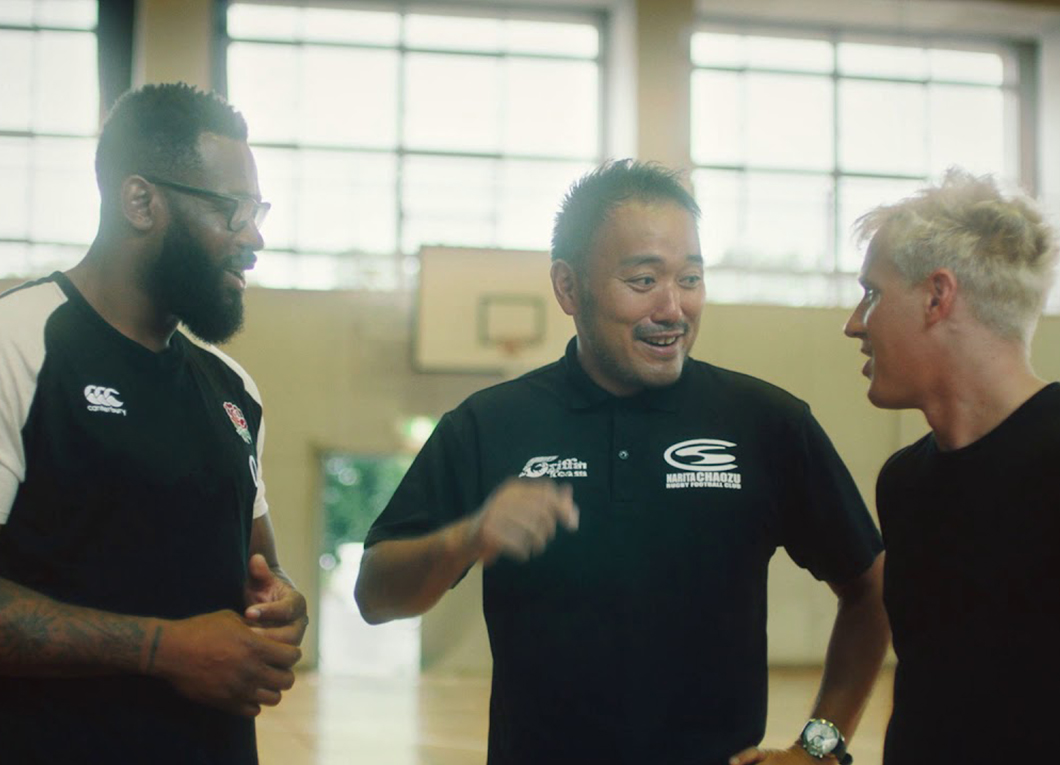 O2’s long running sponsorship of England Rugby has always been based on the power of support. As the nation geared up for the 2019 World Cup, we wanted fans to feel closer than ever when they #WearTheRose. We spent a month in Japan with Ugo Monye and Jamie Laing, visiting host cities and exploring the parallels between samurai Bushido values and the guiding principles of rugby. Our six-part series, distributed on O2 digital channels and ITV, made an impact. We united players and fans, bridged cultures, and brought those supporting from home, closer to the action. 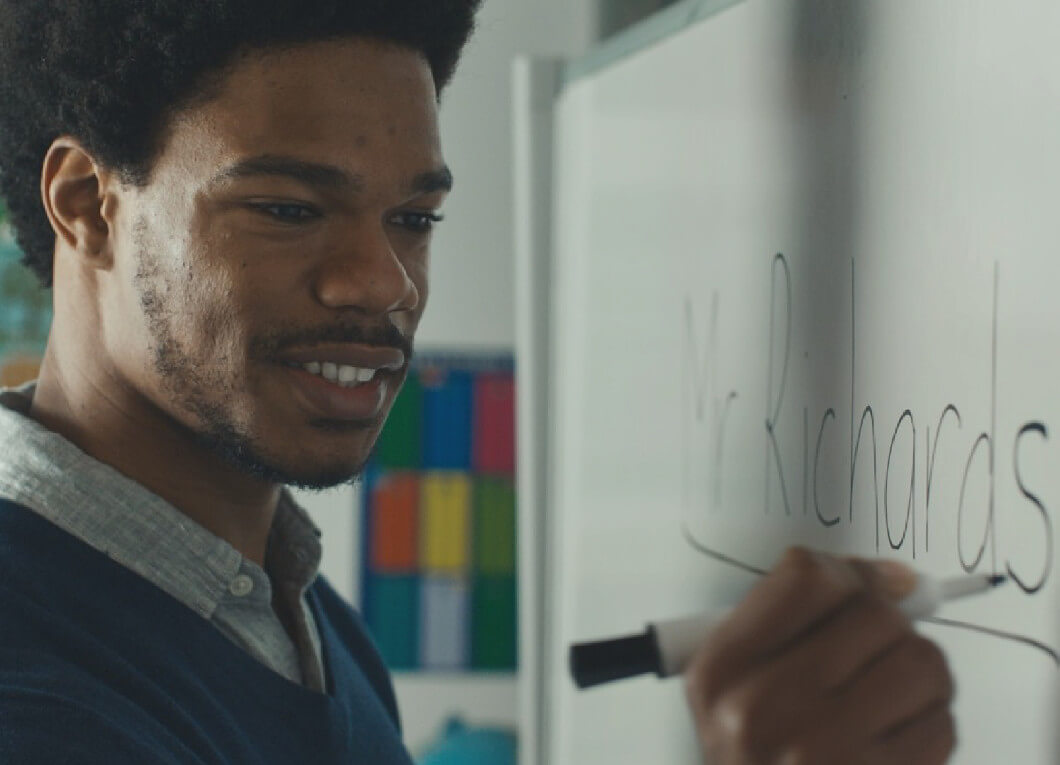 ‘Free Your Ambition’ is The Open University’s first major multi-channel UK campaign, inspiring people to harness their ambition through education and achieve life-changing results with the university’s flexible offering. Running under a ‘Your Ambition, Our Mission, Set yours free’ strapline, ‘Free Your Ambition’ tells three inspiring, interwoven stories of people whose lives have been transformed through studying with The Open University. The campaign that launched January 2020 is set to reach 75% of the UK adults and highlights the university’s wide appeal as a flexible, distance-learning institution. 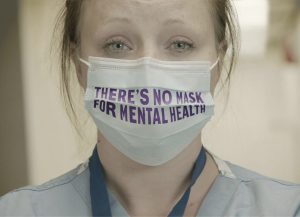 No Mask for Mental Health

A campaign to raise awareness of the mental toll of the COVID-19 outbreak on medical professionals - as the UK's only first responder mental health charity reports an 88% year on year increase in requests for help that require an acute, clinical response. 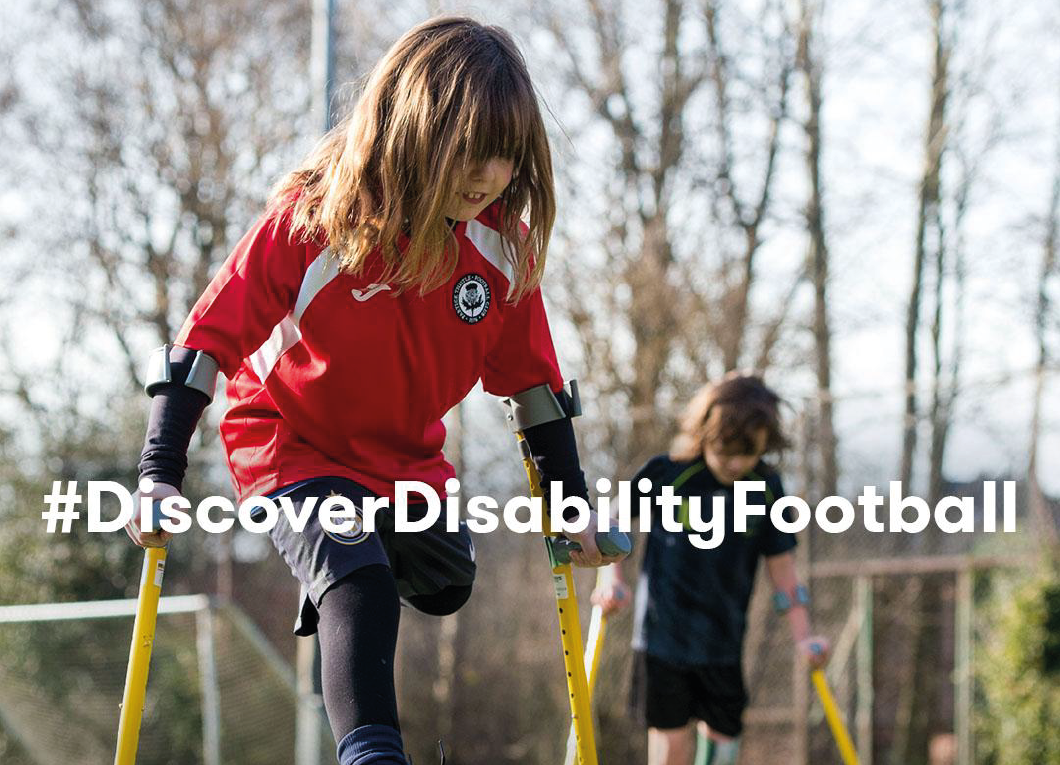 'With very little existing exposure, our challenge was to communicate BT’s commitment to para and disability players, to a mainstream audience & capture the imagination of people across the UK. ​Using the UN recognised ‘International Day of Persons with Disabilities’ as a meaningful moment to leverage, we created a platform and positive call-to-action #DiscoverDisabilityFootball that could be used as a long terms platform for all BT activity in this space. We introduced it through a groundbreaking media partnership with Reach UK to engage and UK wide audience and shine a light on the incredible work and inspirational stories across the four home nations. Executed across national & regional print, digital, social & podcast media platform – to firmly put disability football at the centre of mainstream media & national consciousness, in a way never seen before. The campaign reached 3.67 million adults across the UK with a first for disability football placing content on the back pages of 2 national & 26 regional titles on the same day with a circulation of 971k. The campaign contributed to an increase of 217% in conversation across social media and with 30.2m impressions. 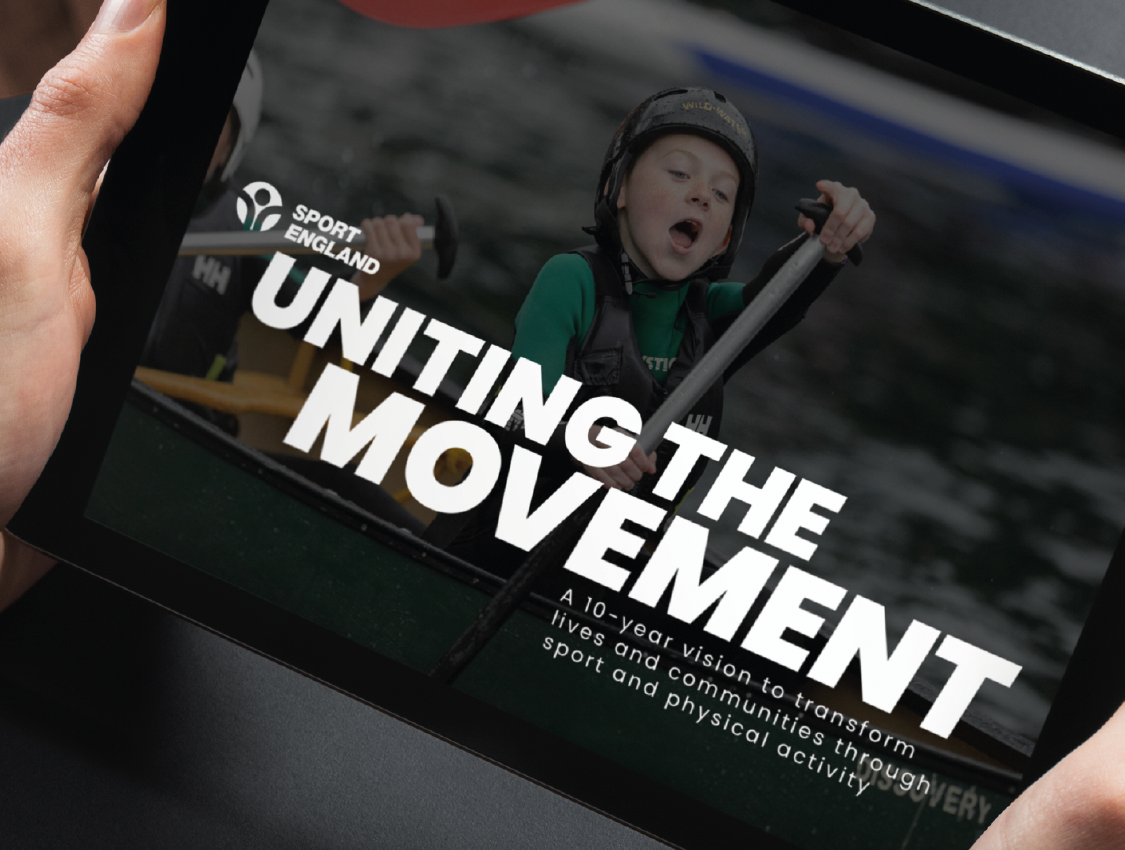 To create a powerful new name, visual identity system, launch film and strategy documents for Sport England’s radical new 10-year vision to engage more people in sport and physical activity, launched virtually to a wide range of B2B partners, local councils and government departments in January 2021. We covered digital, social and event activation, while managing an aggressive timeline and broad steering team at Sport England from initiation to launch. 'Uniting the Movement: A 10-year vision to transform lives and communities through sport and physical activity’ with a powerful new visual identity and an emotive film, voiced by Dame Kelly Holmes, that acted as a rallying cry to sponsors and partners. 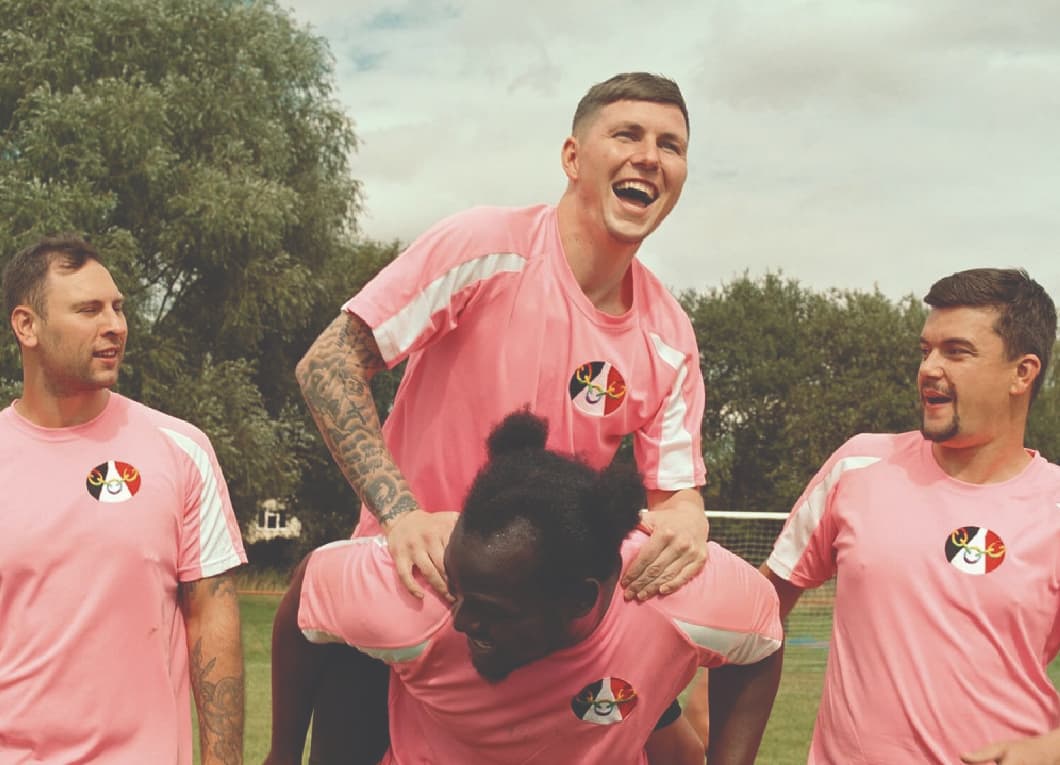 Carling’s latest marketing campaign ‘Made Local’ champions and supports people who are making a positive impact in their hometown - just like Carling, proudly brewed by local people in it's historic home of Burton-on-Trent. For their latest installment, we shone light onto Black Country Fashion FC, a LGBTQ+ inclusive football team. The local team, built on values of inclusiveness aims to help local culture and lift community spirit. To raise awareness of the team we made them the focus of both Carling’s new ad and the first documentary in the Made Local series. The ad featured across multiple channels nationwide, including TV, VOD, social and cinemas. 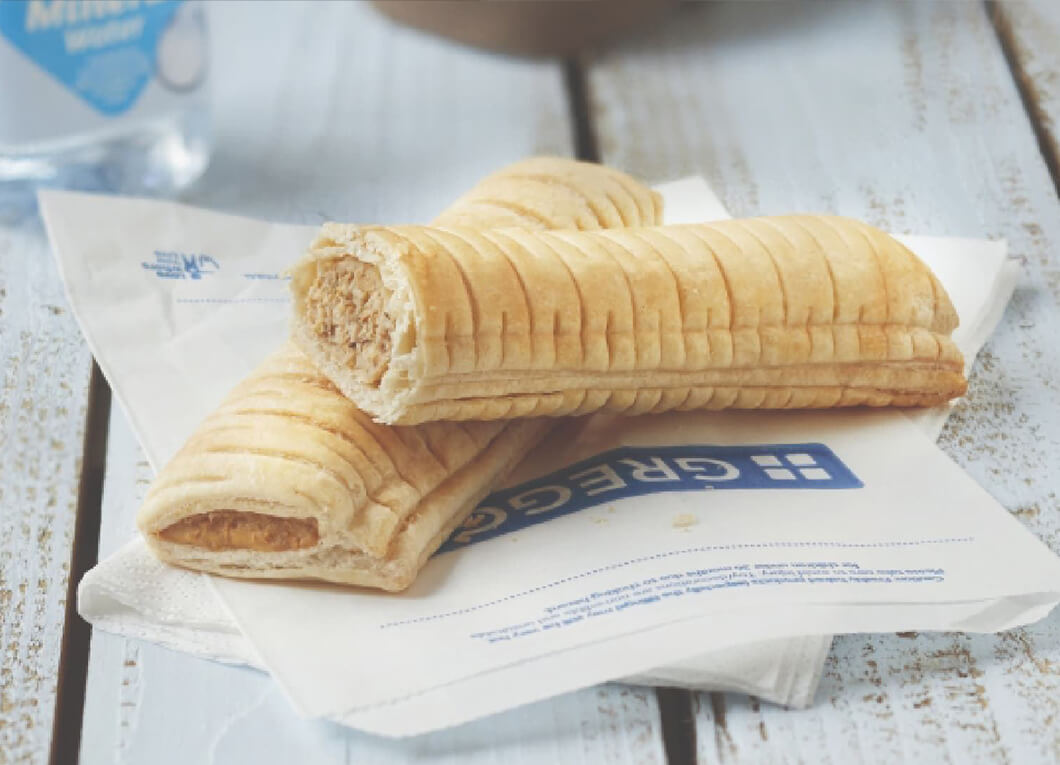 With 20,000 people signing a PETA petition calling for a vegan version of Greggs’ iconic product, we made what many said was impossible; Britain’s first mainstream Vegan Sausage Roll. ‘The Next Generation of Sausage Roll’ campaign broke records, delivered commercially, and elevated the launch to a national debate about the evolution of a British icon. 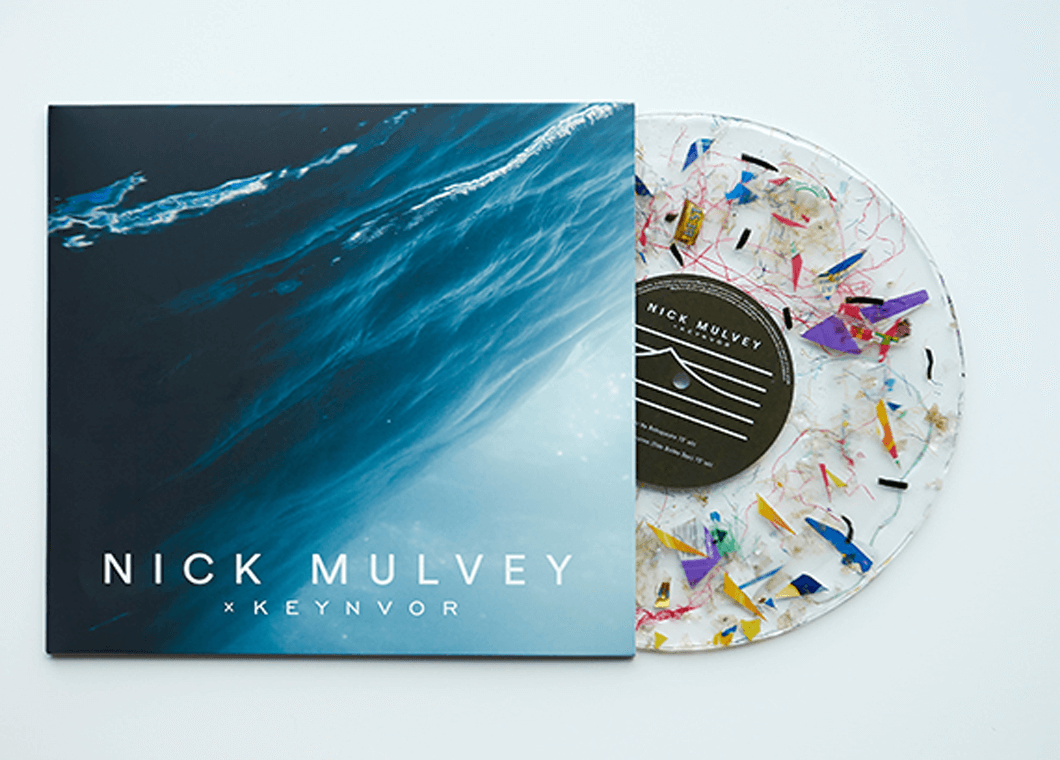 We partnered our client Sharp’s Brewery with the charity, Surfers Against Sewage to help raise awareness of one of the biggest global environmental threats of our time, ocean plastic pollution. Touching on the Cornish roots of the brand, we enlisted Universal Music’s Nick Mulvey to create ‘Ocean Vinyl’, the first playable vinyl made from reclaimed ocean plastic from Cornish beaches. It turned the idea of single-use plastic, something that is constantly surrounded by negative press, into something positive; a way of spreading the charity’s message as well as encouraging people to help clean up the UK’s coastline. The Ocean Vinyl was a huge success: Sky News described the vinyl as a ‘work of art’. The vinyl sold out in 3 minutes of initial release, with the campaign having 24 million media impressions. 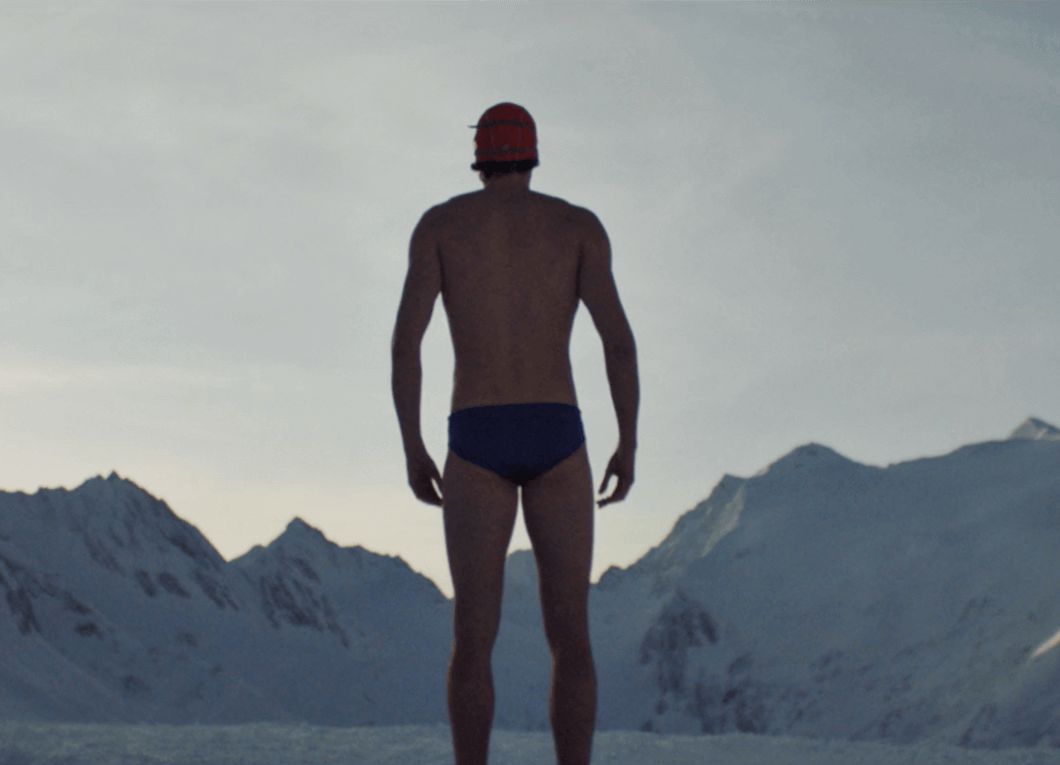 'Keep It Fresh' is a major new brand campaign and positioning for Coors Light in the UK. Championing freshness as an attitude, it launched with an epic, off-piste (literally) TV spot as well as OOH, social, digital, PR and a series of C4 idents. 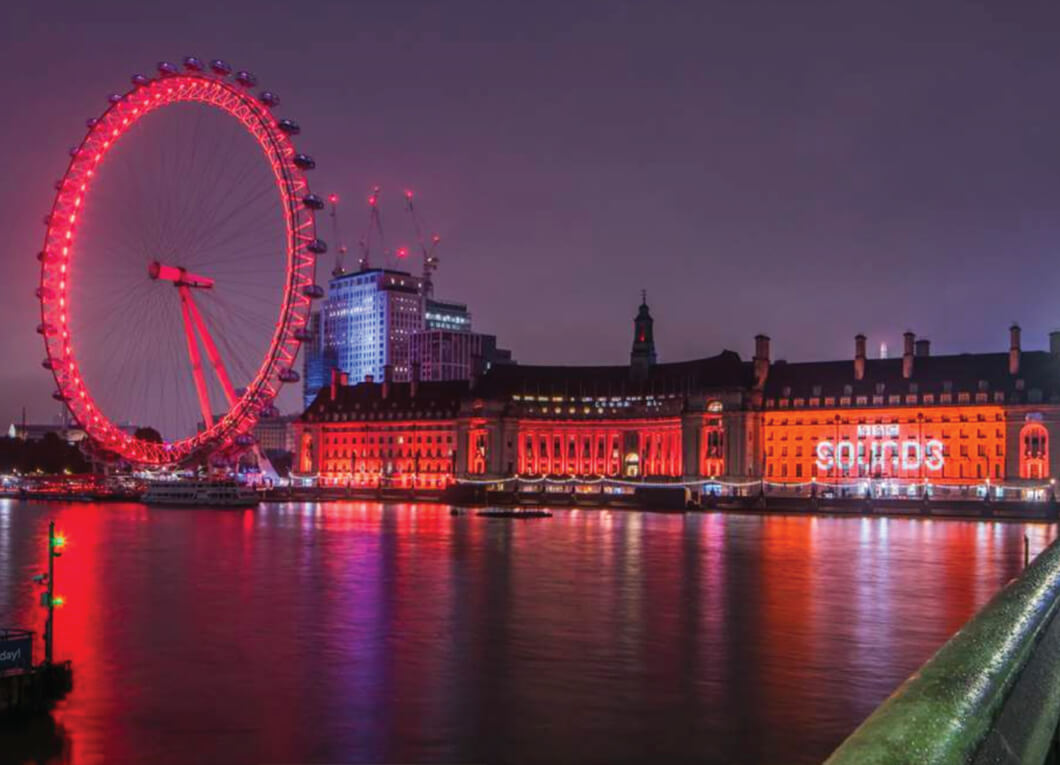 In 2018, the BBC united their audio offerings into one personalised app and website, creating BBC Sounds. As their biggest product launch, in over a decade, we worked with them to deliver ‘The London Ear'. In an epic activation, we branded 6 pods of the London Eye and managed a live broadcast show in each. While also taking over neighboring County Hall to project a 60 second projection, lighting and audio show to promote the app. BBC Sounds reached 47 million people in the first week, equating to circa 70% reach of the British public for the campaign as a whole. 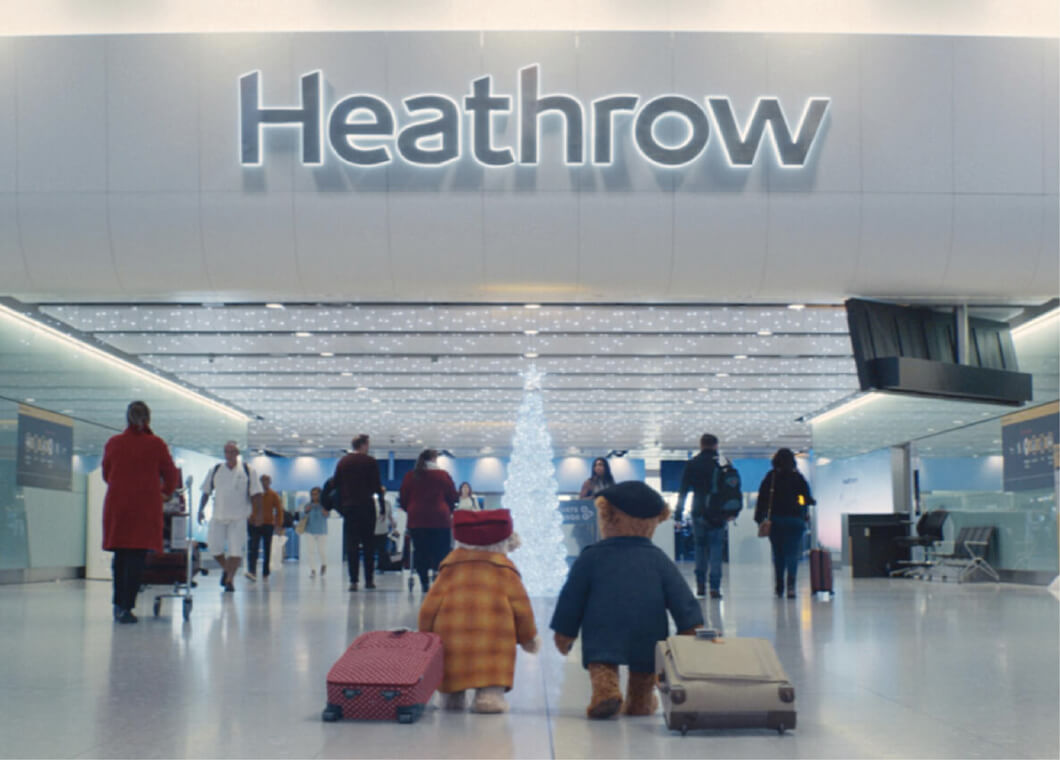 We needed to shift Heathrow’s perception from simply operational excellence - which had resulted in a service so frictionless, its customers barely noticed it was there - to that of a place bringing people closer together in a world increasingly divided. Our solution, the brand platform, 'Closer', celebrates the fact that there really is no greater melting pot of emotions anywhere else in the world. To date, we have delivered six major integrated campaigns each centred around the personal stories that occur within Heathrow – from our much-loved Christmas campaigns featuring the Heathrow Bears to summer campaigns focusing on real moments of human emotion in the airport.